The first time I went to Europe I was 15.

My Aunt and Uncle had invited me to go along to see my cousin, who was at the time living in Spain.

“Shes only 15,” my mother had continuously warned my Aunt, “She might act older. but she’s a kid…Watch out for her.’

I thought of this, almost a decade later, not as a kid but an adult to all regular standards, yet I had forgotten my keys, and more importantly my phone… in another country.

The problem being annoyingly amusing until I realized that the passport I was about to hand over to border control, at this 3am, seemingly straight from a Horror Flick location, also contained my 3 month old expired visa.

The bus had come to a harsh halt moments before, I taken a ragged breath and inwardly cursed myself for being so naive that there wouldn’t be another passport check. I peered out the my window as my hand unsuccessfully searched through my cluttered purse, yet again, for the iphone I already knew wasn’t there.

I needed a cigarette.

but, sadly, there was no time for that. My clouded lungs could wait.

Ushered off the bus, I was hit by the sudden shock of wet cold. The 3 am night air cemented my lungs as I nervously brushed through my hair with my fingertips, trying desperately to think clearly.

How could I have been so stupid to not know any of my numbers by heart?

I begrudgingly drifted toward the only lit building in site…border control.

Not even the drunken French kids who had boarded the bus with me, only hours before, made a sound. Everyone, except me,  was in a sleepwalking daze, drifting toward the border officials desperate to climb onto the bus again to doze uncomfortably until the arrival into Paris.

All I could think was that I was going to go jail.

My mother would have been so pissed at me.

I am honest at least…It was entirely my fault.
I took another shaky breath as I inched forward in the line, the florescent lights beating down on me. After 6 hours sleeping on a bus and staying up for three days straight, I was not at my best.
London had been a risk and I had, stupidly, known that.

My visa renewal had been rejected due to a technicality the week prior and it would have taken weeks to get the simple document needed even to make the new appointment at the bureau. I already had a non-refundable ticket, a three day weekend, and a best friend I hadn’t seen in months just a hop, skip and 1 hour plane ride over a tiny little body of water.

But I couldn’t resist.

I needed to get out of the city of lights and into London, if only for a weekend. I loved Paris and all, but space is needed for any couple.

not one of my best choices, I assure you.

But I have no regrets.

It was one of the most memorable weekends of my life, that visit. 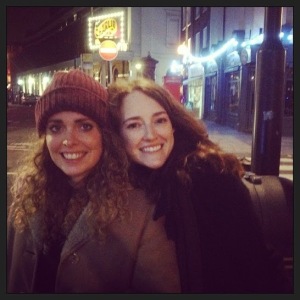 …Yet as the guard looked up at me from his podium, while keeping a firm hand on my expired passport, I entirely regretted such a ‘meaningful’ weekend.

But then I noticed his glance.

He glanced to the clock hung crookedly to my left, as he let out a long, annoyed sigh.

I could only guess his shift was nearly over because he looked down one more time at my visa, glanced over his shoulders and then back at me, who was smiling all too fakely.

Slowly and hesitantly he returned my passport and visa.

“Bonsoirée” he whispered tiredly. Flashing me an aggravated, warning glance while gesturing toward the Exit sign with my passport slung in his hand.

“Too much paperwork” is what he really meant to say.

But I didn’t say a word.

I snatched my passport out of his hand and didn’t exhale until I was seated back on the bus with the doors closed tightly.

Unfortunately, that wasn’t my last event to deal with…

as I pulled in to Paris bus station, I realized the I had a whole other set of problems to deal with…